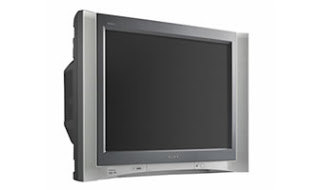 Many of the later model Sony TV’s have a built in self-diagnosis function. If the timer/standby indicator is blinking, this could be an indication of a problem with the unit. The diagnostic blinking will occur automatically with no action required by you to engage it.

Here is a list of the problems that might have occurred indicated by the number of blinks. The words in parentheses are those, which you will see for each of these faults on a diagnosis screen described later in this article.

* Unit is dead, No blinks - Problem in the standby power section. Might check fuse, R607, Q601, IC601, R612 and VDR601 (should show open).
* Continuous blink once a second, no pausing - No reply from the jungle IC301 (data bus is busy, shorted to ground, or held high), IK video path is defective.
* One blink - not used for the self-diagnosis
* Two blinks - B+ over current protection (OCP), unit goes to the standby mode then displays the 2 blink fault. Could be a short in the power supply of any of the circuits.
* Three blinks - B+ over voltage protection (OVP), unit goes to the standby mode then displays the 3 blink fault. This is also a problem in the power supply circuit, check T603 and R672.
* Four blinks - No vertical Deflection (V STOP), Screen goes to a single horizontal line then the video signal muted. Check IC1509, Q1505
* Five blinks - AKB circuit (automatic kine bias), the timer/standby indicator blinks for about 30 seconds then goes to the self-diagnosis function. Something is wrong with the video. Check video out, Q705, 732, 761 and other components on the C board, also check Q218, 219, 220 on the A board. In addition, unit could be in IK blanking, try turning up screen slightly.
* Six blinks - No Horizontal (H STOP), no raster, goes to the blinking self-diagnosis function immediately. Check C515 & 516 and the jungle IC, IC206.
* Seven blinks - High voltage shutdown. The high voltage has exceeded 33k and the unit goes immediately into safety shutdown. Check power supply regulation and horizontal circuits.

* Eight blinks - Problem with the audio (AUDIO), unit goes to standby and blinks the self-diagnosis code. Check IC406 audio amp, PS401, and 402. On some projection models of Sony TV sets, this code means that T8005 (flyback transformer), or the associative components in the high voltage circuits are defective on the D board.


* Nine blinks - Replace D 6116 and D 6301 on the "G" board, do not resolder as this will fix the problem temporary. Or Panel Module Error or Thermal Error. If it is intermittent 9 blinks, meaning sometimes the TV comes on and other times you get flashing, then change the switching regulator on the "G" board or check connections. Make sure the regulator is -12 or -13 (negitive).

Intermittent problems? This is a great feature. You can also bring up these fault codes on-screen to see a list of the problem numbers with the abbreviation of the problem and the number of times this problem has occurred. This is slightly different than entering the service mode. To see the diagnostic screen, press the following buttons: Display, Channel, 5, volume Minus, ( not plus ) then Power. This brings up a screen with a list of the problems and number of times they have occurred. Each of the problems named, are abbreviated as, "OCP", "OVP", "V STOP", ETC. We have repeated them in parentheses in the text for the "Blinks" described above so you can correlate between the diagnostic screen and the blink codes.

Now that you know about these self-diagnostics, how do you use them? Say that you have a set with a black screen. You see that the LED is blinking four times. This would tell you that you have no vertical sweep, which is why the video is muted. If it was blinking 6 times, you would know that you have a horizontal fault. It's not a sure cure..

IMPORTANT: After you repair the unit, you MUST clear the values on this diagnostic screen. These codes do not reset themselves after the fault is corrected, so if you don't clear them, you'll be seeing "old" fault codes the next time you enter this screen. Clearing is done by going into the service mode (display, channel, 5, volume plus, then power ). Press 8 and Enter, which returns everything to the factory preset condition.

This post is directed towards helping folks with the diagnosis of problems with their Sony Television set. The genesis of this post is based questions I have received from my post on fixing the retrace lines on you Sony HDTV Projection and some additional help from a Sony TV Repair & Service Manual for my KP-51HW40 Projection HD Television set.

If you are having some problems with your Sony Television, then this post is for you. Generally speaking, when there is trouble with your Sony Television set -- it indicates the issue in either the diagnostic mode, or even more commonly by flashing a series of LED blinks or flashes on the front of your television. Each set or frequency of the blinks indicates a very specific problem with the television itself. In some cases, you may be able to repair the television set yourself -- or in the worst case you may need to order parts, call a local repair shop to the have a repairman sent out, or even purchase a new television set.

First off, here are the list of codes and what they generally mean on my set (which applies to many recent model Sony Television sets. Sony has provided a "self-diagnosis function" with your TV, that in the case of abnormalities or problems the LED or red blinking light on the Timer/Standby indicator flashes a number of times to indicate the issue. Here are the values of the various blinks.

Hopefully, the descriptions of the blinking lights and the symptoms and problems will point you in the right direction to tell the problem with you Sony Projection Screen Television. If it is not enough, do not worry -- in the coming few posts I will talk about entering the Diagnosis and Service modes for your television set!
Diposkan oleh All about blockchain di 09:45 13 comments: